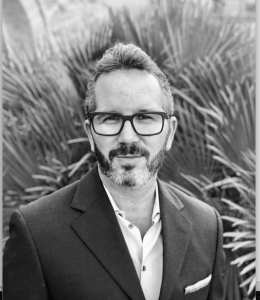 US Germany Tax Treaty: International Agreements “aka US Tax Treaties” between the United States and foreign countries have existed for many years — and the US Germany Tax Treaty is no different. An Income Tax Treaty like the income tax treaty between Germany and the United States is designed to minimize inconsistent and double taxation — although a tax treaty cannot (unfortunately) shield certain tax implications of items such as a foreign pension. Germany and the United States have been engaged in treaty relations for many years. The treaty has been updated and revised  — with the most recent version being 2006. The purpose of the US/Germany Tax Treaty is to help Taxpayers determine what their tax liability is for certain sources of taxable income involving parties to the treaty. While the US Germany Tax treaty is not the final word on how items of income will be taxed — it does help Taxpayers better understand how either the US Government and/or Germany will tax certain sources of income; what the IRS reporting requirements are — and whether or not the saving clause will further impact the outcome. Let’s review the basics of the US Germany Income Tax Treaty – and which income is taxable:

Resident Defined in the Germany & US Tax Treaty

Permanent Establishment in the Germany & US Tax Treaty

Real Property Income in the US Germany Income Tax Treaty

When it comes to real property income, the Germany & US Tax Treaty provides that any income generated from the real property situated in one of the contracting states may still be taxed in that state — in other words, for example, if a US person resides in the United States and has an income generated in Germany, then Germany can still tax the income even though the person is a resident of the other contracting state — and nothing would prevent the state of residence from taxing it as well. (Foreign Tax Credits should minimize the tax outcome).

Dividends in the Germany & US Tax Treaty

When it comes to dividends, the general proposition is that even if dividends are paid by a company of one contracting state (Germany) to a resident of the other contracting state (US), it is the other contract state that gets to tax the dividends (US) — although they can still be taxed in this state of the source but only up to a limited amount of tax. When it comes to dividends, there are many exceptions, exclusions, and limitations to be cognizant of — which will vary based on the taxpayer-specific facts and circumstances.

Interest in the US Germany Income Tax Treaty

The taxation of interest is a bit more straightforward than dividends, but still has its own set of complexities to be aware of. From a baseline perspective, interest earned in a contracting state (Germany) which arises from the beneficial ownership for a person in the other contracting state (US) is only taxable in that other state — shall vs may. Of course, there are some exceptions and exclusions to the first paragraph which taxpayers should evaluate carefully for their specific situation.

Capital Gain in the Germany & US Tax Treaty

Capital gains are also a common source of passive income. Essentially, if real property is alienated which culminates in a taxable event in a contracting state, then it is taxable in that contracting state. There are specific definitions to be aware of depending on whether the property is located in Germany or the United States –and different rules may apply to each based on their own respective tax regimes. In addition, there are specific definitions involving what is termed as “real property situated in a contracting state.”

When the payments refer to pension, it refers to pension distributions that arise in one state as a result of past employment paid to the resident of the other state — it is only taxable in the first state (in other words, the state that made the payments). But, it is limited by the Saving Clause (so the source country can still tax the income).

What does this Mean for Social Security Income and Government Income?

When the payments refer to payments that are Social Security — and payments are being made to a resident of the other state or to a citizen of the United States – it is only taxable in the first state (in other words, the state that made the payments) — this will generally hold true for payments made by the Government for wages paid by the Government. It further clarifies that in this situation in which a US citizen resides in Germany, and receives Social Security or similar payments from the Germany — Germany is the only country that gets to tax the income (despite US worldwide income rules).

Form 3520 is filed when a person receives a Gift, Inheritance, or Trust Distribution from a foreign person, business or trust. There are three (3) main different thresholds:

Form 5471 is filed in any year that you have an ownership interest in a foreign corporation, and meet one of the threshold requirements for filling (Categories 1-5). These are general thresholds:

Received a Gift or Inheritance From Germany?

There are thousands of Foreign Financial Institutions within Germany that report US account holder information to the IRS. The list can be found here: FFI List:.

The United States has entered into 26 Totalization Agreements, including Germany (as of 1979).

In conclusion, The US and Germany tax treaty is a great source of information to help better understand how certain income may be taxed by either country depending on the source of income, the type of income, and the residence of the taxpayer. The tax outcome may be changed depending on whether or not the savings clause impacts how tax rules will be applied for certain types of income.