Why Criminal Tax Investigations are a US Government Priority 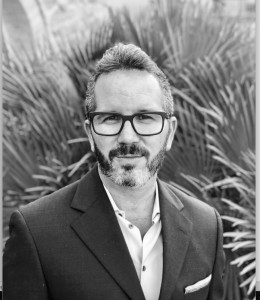 Why Criminal Tax Investigations are a US Government Priority

Criminal Tax Investigations are a US Government Priority

Why Criminal Tax Investigations are a US Government Priority: IRS (CI) Enforcement is on rise in 2021: In recent years, the Internal Revenue Service’s Criminal investigation unit has ramped up enforcement on various fronts. While the focuses of many of these investigations have somewhat shifted in the past couple of years, the Criminal Investigation Department is still focused on bringing down Taxpayers who have committed tax fraud and evasion. Despite the globalization of the US economy, the government has successfully developed methods and strategies for finding fraudsters across the globe. Let’s take a look at some of the recent focuses of the IRS (CI) Criminal Investigation Department.

When it comes to cryptocurrency tax enforcement, the US government has pulled out all the stops in order to crack down on non-compliance. Some of the more recent actions include the arrest of the Bitcoin Fog for alleged money laundering, as well as the Massachusetts District Court agreeing to issue a John Doe Summons so the government can uncover what they believe to be non-disclosed cryptocurrency transactions. On the global front, the US has teamed up with other jurisdictions as part of the J5 Global Initiative to crack down on tax fraud — with a focus on cryptocurrency. In addition, the IRS is issued several 6173 and 6174 letters.

Over the past few years, The Criminal investigation Department of the IRS has investigated many tax players across the globe on matters involving non-reporting of offshore accounts. As recently as 2021 another foreign financial institution in Switzerland agreed to enter into a deferred prosecution agreement with the Department of Justice, which requires that institution to disclose taxpayer information — which may lead to multiple criminal investigations down the pipeline.

If a taxpayer is willful, they do not qualify for the streamline program — which is a program designed to assist non-willful taxpayers with safely getting into offshore compliance for prior year non compliance. For years, we have been helping to warn taxpayers about the risk they are taking if they do this. Some inexperienced offshore tax counsel still to take taxpayers into the streamline program when they were willful — and the US government has already initiated multiple criminal proceedings for people who get caught in this scheme.

The Syndicated Conservation Easement in and of itself would not be a scam — other than the fact of how it is carried out. Taxpayers invest into a company that operates by way of a flow-through organization. The company obtains a property which it intends on contributing as a charitable donation — so that the company can take the deduction — which flows through to the individual members. The company attains a false appraisal value — which far exceeds the real value of the charitable donation — and taxpayers end up taking huge deductions in order to artificially reduce their tax liability. These are common in the United States and abroad.

For the first time, the Internal Revenue Service’s Criminal Investigation Division (IRS-CI) is issuing its Top Five Cases of the year in a multi-day countdown via the agency’s Twitter handle @IRS_CI. The five-day countdown will run from December 28, 2020 through January 1, 2021 and highlight some of the agency’s most prominent and high-profile investigations conducted in 2020.

This page contains a summary of the Top Five Cases of 2020 of the IRS (CI) Criminal Investigation Unit:

Here are some of the recent case provided by the CI unit at the IRS: